My field of education, which is Social Sciences and Literature, did not inspire me to go in that direction. During the times I was working abroad, I became interested in scuba diving thanks to my roommate. I had decided to start diving as soon as I came back to Turkey since I was not able to back there. With the help of my connections I was able to enroll in a suggested diving center with the closest class and diving start date. My goal was to be underwater as soon as possible. Since 1999 I have continued to my adventure without departing from diving. Diving was very similar to skiing which I started when I was 5 and competition life I got into when I was 6 in the way of being a group sport which gave me much joy. My competitive skiing life continued on for 20 years professionally. During that period I have placed Turkish Champion 6 times, got many high rankings and local first places.

I have over 50 medals. After my career in competitive skiing, I have tutored in courses to many grade school and middle school children so that they could be raised as competitors. I have been awarded certificates of appreciation for my voluntary contributions to Ankara Mountain and Winter Sports Specialization Club.

I was interested in track and hall sports semi-professionally. I started aikido. I’m still pursuing hall sports and aikido till this day.

Spending a majority of my childhood skiing on mountains was substituted by the motorcycle which gave the same feeling years later which is the wind hitting you from the front. I have been riding my motorcycle with the same enthusiasm and pleasure as if it is the day I have bought it. I have chosen Harley Davidson as my 4th motorcycle since the philosophy and the drives intrigued me.

Besides dives, I have delved into the occupation as well. In 2001, with my One Star Instructor brevet I officially started to give lessons in a diving center as an authorized instructor. I have been continuing ever since without stopping.

In August of 2013, I founded Nereids Sports Club which shares the same name as our diving center.

In order to bring athletes into underwater sports and support diving in Turkey I started to work with our board immediately.

I have provided training and seminars in many organizations both in Turkey and Northern Cyprus.

I have dived in thousands of times in Turkey and around the world. I had written and am still writing to highlight the importance of those areas by mentioning their deep structure. I have given presentations on many high schools and universities about introduction to sea life, underwater archeology, underwater structure and creatures.

In 2018, I have attended the first “Disabled Diver Instructor” seminar by the TUSF and qualified for being a disabled diver instructor.

Our students carry the highest grade, 87%, in the exams carried out by the federation all over Turkey.

All of the instructors I have educated either have their own business or work professionally within the field.

I still continue to give and attend seminars on research and development, raising leaders, founding an organization and managing group and team members.

We continue our program with the instructors who decide to go with me in our diving club.

We also sell Federation and PADI approved and manufactured gear since we are a franchise.

We also have an equipment maintenance service.

My first aim while starting to be a diver instructor was to safely bring the people up with a smile on their faces.

In my opinion, scuba diving should only be done for pleasure.

My next aim was to guide the way to the colleagues who would like to pursue the same mission. I believe that one day the diving sector in Turkey will be equal to the worlds’ with the trust I give to my students and the professionals.

Nereids
We use cookies on our website to support technical features that enhance the user experience. For detailed information click here.
Accept
Do you know the precautions we take for COVİD-19? 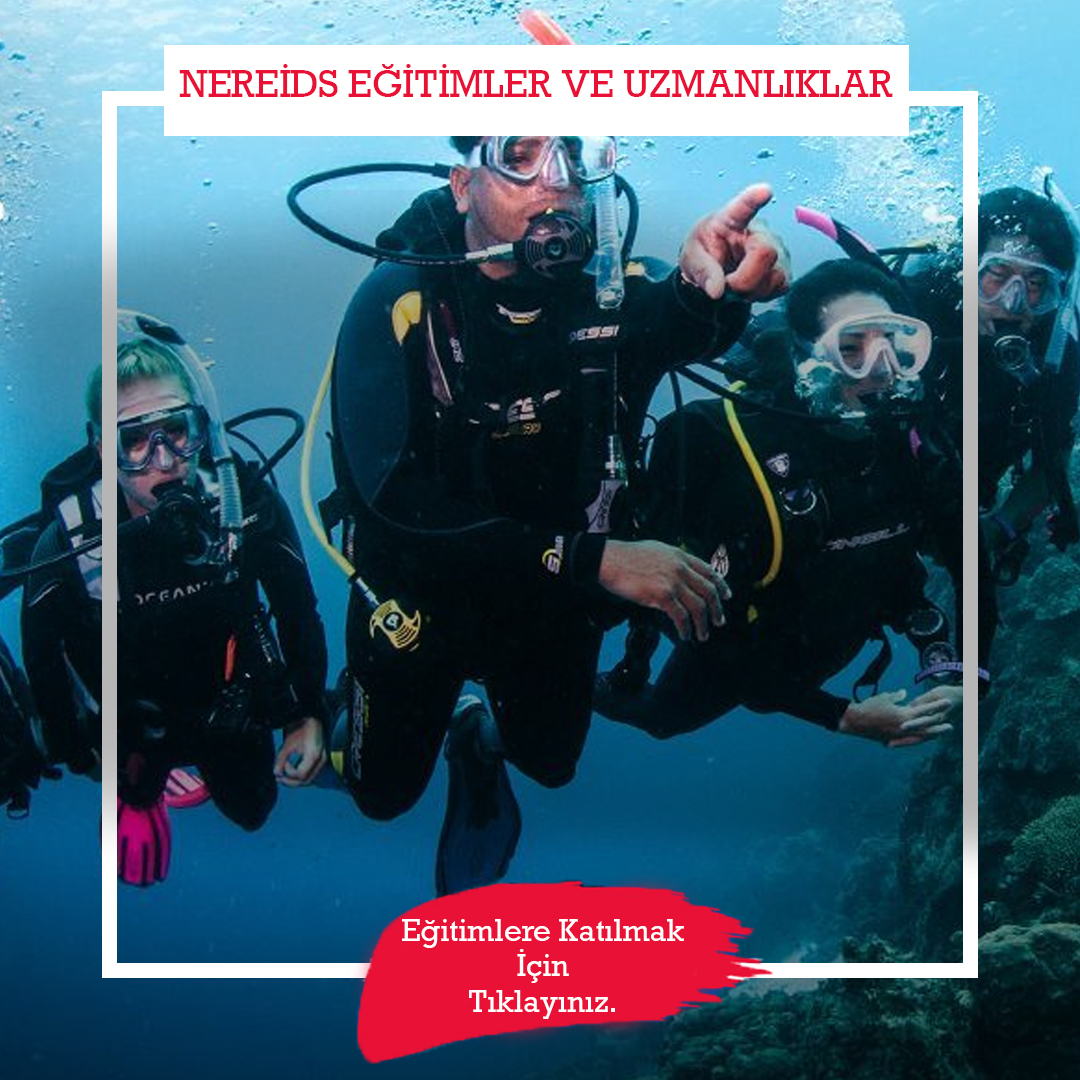